Costume roleplay has become an art during the past decades and now it’s an inherent part of pop culture. We know epic comics with gripping stories and heroic characters can make a man’s day, but when all this is combined with hot girls… well, that’s something! No wonder Comic-Con is so popular! Don’t worry if you missed it, we’ve compiled a list of the hottest cosplay girls! The rest is up to your imagination! 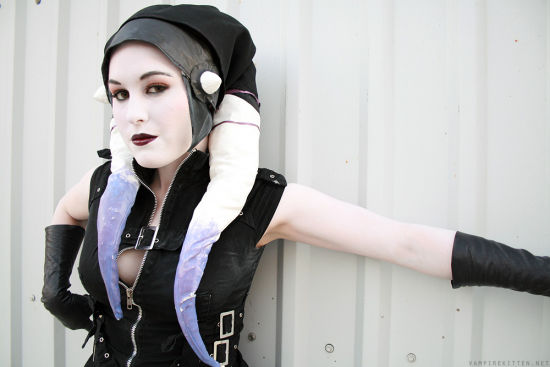 Landing somewhere near you, directly from the Starwars universe is this red-hot Twi’lek. While the Twi’leks skin pigmentation is as diverse as the colours of the rainbow, they are easily identifiable through their distinctive advanced communications organs, known as prehensile tentacles, which grow out of the base of their skulls. Beautiful shapely and graceful, females Twi’leks are highly sought-after dancers and have known to be sold – even by their own families – as they are considered status symbols of influence and wealth. It takes a very special type of cosplayer to fully embody the charms of a Twi’lek in motion, so feast your eyes and be merry!