Let’s face it, Leonardo DiCaprio is the new George Clooney of Hollywood. He has a game like no other man. With an impressive cast of ex girlfriends, he deserves to win the Oscar for dating. From his Victoria’s Secret model fetish to some of the sexiest stars in Hollywood, the forever bachelor has done it all. Leo has dated at least one woman that you’ve fantasized about, probably more. We ranked 10 of Leo’s hottest ex baes. You won’t be disappointed with the bombshell that’s number one.

Leo got this American sweetheart’s attention in 1998. Although their fling was short and sweet and to the point, Leo got his temporary bae her first acting gig in Black and White. In the end it worked out for both of them. Leo is still galavanting from model to model and  Bijou is a model turned actress. She ended up dating her Black and White co star Elijah Wood in 1998. Clearly this was a beneficial relationship for both our man Leo and Bijou. 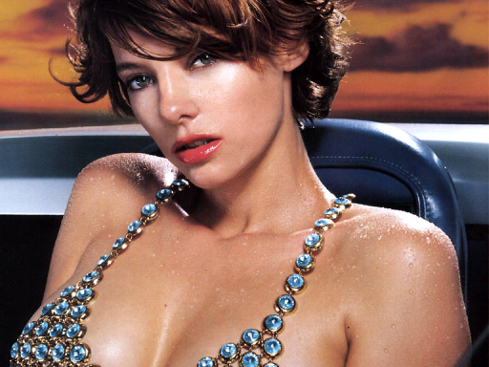