15 Most Dangerous Bridges in the World 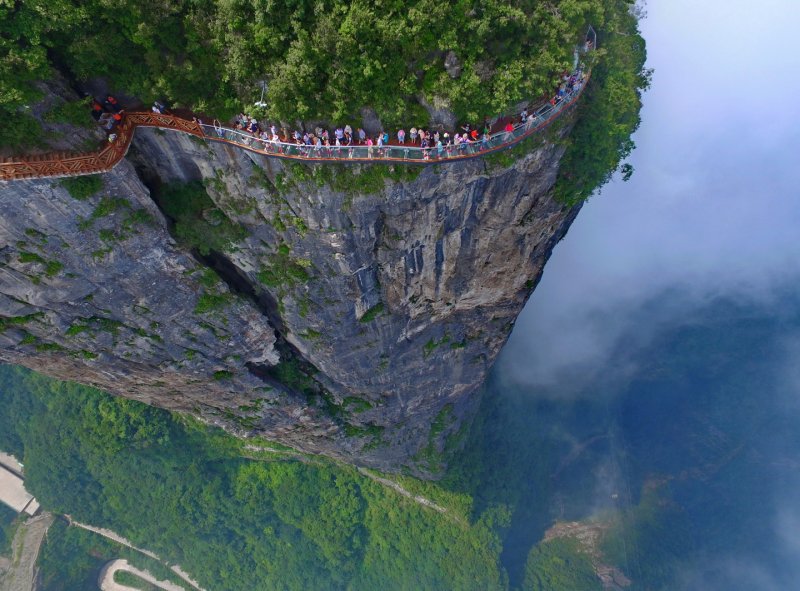 If you’re scared of heights then you might want to look away now, because this walkway in China is your worst nightmare come true. The fact that it’s attached 4,600ft (1,403 metres) up the side of a mountain is scary enough, but the fact that it’s also made of glass is nothing short of terrifying.

Situated on the side of Tianmen mountain in Zhangjiajie National Forest Park, Hunan Province, the walkway is 328ft (100 metres) long and 5.2ft (1.6 metres) wide. It’s known as the Coiling Dragon Cliff skywalk, and as you can see, it certainly isn’t for the faint-hearted, but anybody who finds the courage to brave the walkway will be rewarded with an utterly breathtaking view that few will ever experience. The park is actually home to three glass walkways including a 1,410ft (430 metre) glass bridge suspended 590ft (180 metres) above the ground, so if you’re looking for adventure, or just an extreme selfie, then you know where to go.